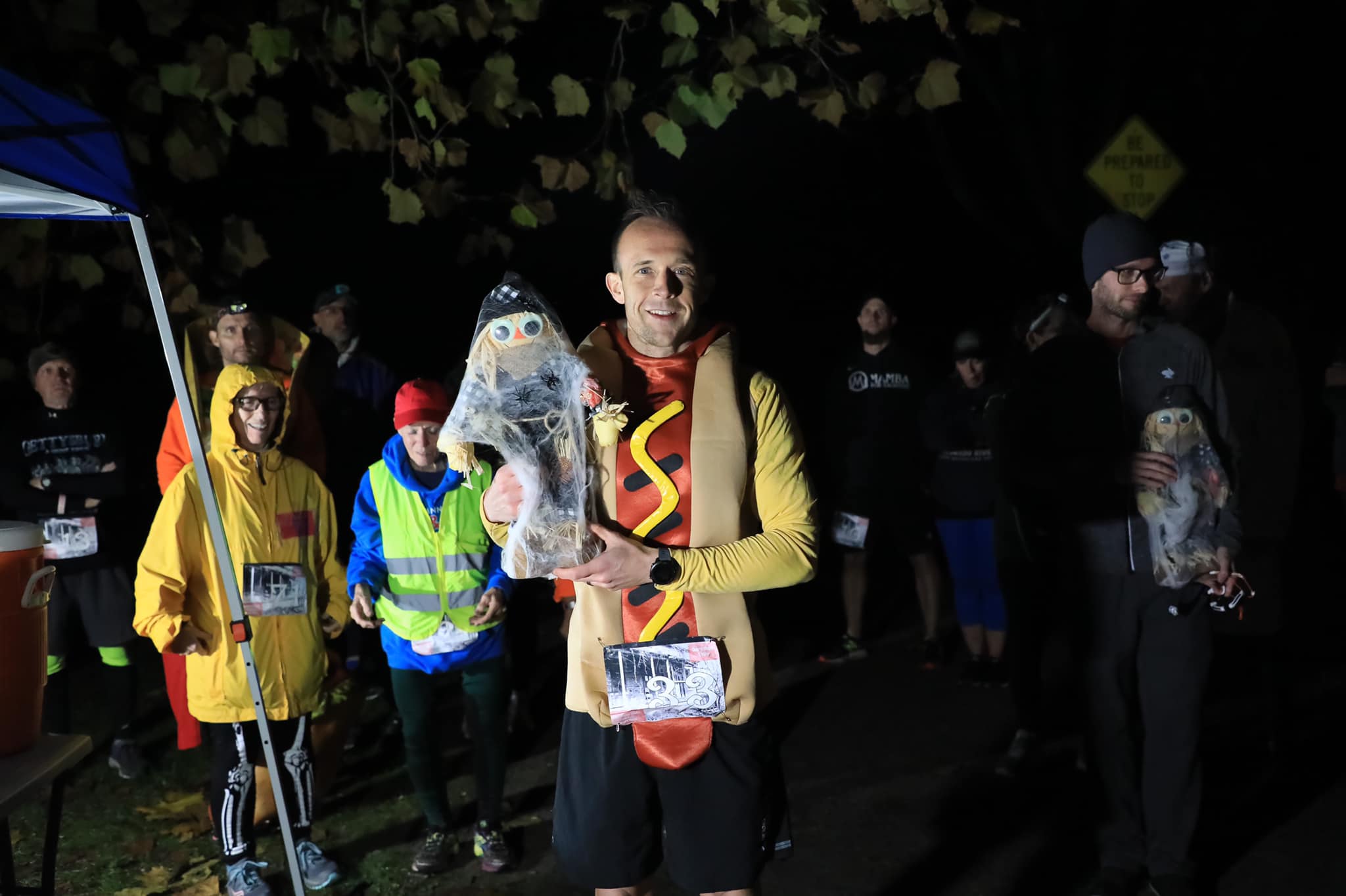 As a runner who has run several hundred races, I often try to find races that are different or unique in their own way. That’s exactly what I found at the Quarry Shack 5 Miler, in the small town of Vintondale, Pennsylvania. This was the first year this race was run, which first time race director Dean Banko hopes to make an annual event.

The race began at 6:30PM, just as darkness was setting in. By about a mile into the race, it was completely dark, so headlamps or flashlights were required for all participants. It was an out and back course that appeared to be completely flat despite a subtle uphill to the turn around (which meant the way back was slightly downhill).  Mile two brought the highlight of the course – the old abandoned building known as the Quarry Shack (pictured below).  It was lit up and it gave a creepy vibe when running by it, perfect for a Halloween themed race.

The rest of the course was filled with lit up Halloween decorations,  which gave the rail trail a little more light and also kept with the theme of the race.  The area around the course also featured quite a bit of local history including an old iron furnace, an old jail cell, and a coal miners memorial.

Runners were encouraged to wear their Halloween costumes to race, and many of them did (You can see me coming in to the finish line in my costume in the photo below). The age group winners received creepy scarecrow awards instead of medals or trophies.  I had a lot of fun at this unique holiday race and would definitely run it again.

Difference in the Dirt 2017: Victories, Volunteers and Vuvuzelas